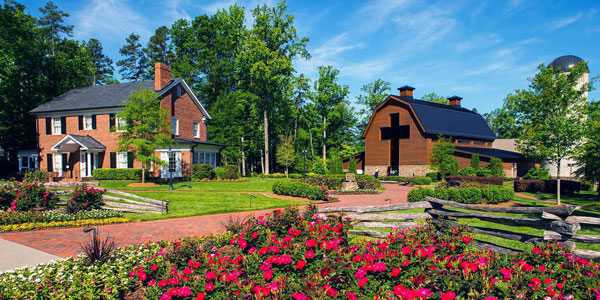 Since opening in 2007, the Billy Graham Library in Charlotte, N.C., has welcomed more than 1.1 million visitors from all 50 U.S. states and 90 countries around the world. This month marks the 10th anniversary of the Library.

The Library was dedicated in a special ceremony one week before the opening. On May 31, 2007, more than 1,000 people, including three former U.S. Presidents and many dignitaries, attended the ceremony in honor of the impact Billy Graham and his ministries have made around the world.

Among many speakers that day was Billy Graham’s son, Franklin Graham. “The Library is about a man who took God’s Gospel … to the ends of the earth,” said Franklin. “It is my prayer that every person who comes through that door will hear and understand that Jesus Christ died for their sins.”

Ten years later, the Billy Graham Library is poised to continue to represent the story of how God worked through Billy Graham to share the Gospel around the world. For more information on the Library as well as ministry highlights from the past decade, visit www.billygrahamlibrary.org/10years.