After much consideration, the Fruitport Lions Club has decided to cancel Fruitport Old Fashioned Days for this year. We will, however, hold a virtual 5K road race and a virtual bike run.

There has been a myriad of things that helped us make the decision to cancel. First – Covid-19 numbers are continuing to rise. We thought since our event was the end of May we could still do it. Second – the responsibilities of the club would include social distancing for all activities, the carnival would need to be fenced in with ingress and egress spots, a limit of 1000 people including staff must be accounted for and these things would be hard to do especially on getting volunteers and the cost of fencing. Third – large gatherings were a contributing factor to cancelling the fireworks and the parade.

We do not want to become the source of spreading the virus so we will have to wait until next year to try our event again.

The Fruitport Lions Club held their 15th Annual Fruitport Old Fashioned Christmas event at Pomona Park in Fruitport on Friday & Saturday, December 13th & 14th. The event included showing the Fruitport area elementary & middle school children’s artwork in the park pavilion and in a large circus-type tent. Entertainment was provided by the school choirs and Jazz bands. There were a number of lighted Christmas trees and several lighted blow-up seasonal figures in the park which provided a festive atmosphere. Hayrides around the park were provided and bonfires to keep the visitors warm each night. Mr. & Mrs. Santa Claus were there each night in their special house for the children to visit. A cardboard sled contest was held on Saturday with prizes for the top three winners. Hot dogs, chips, cookies, hot chocolate and coffee were served. The event was free of charge to the public. 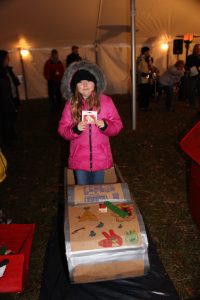 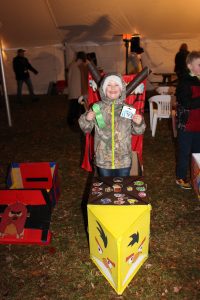 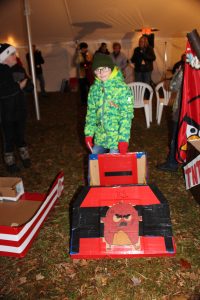 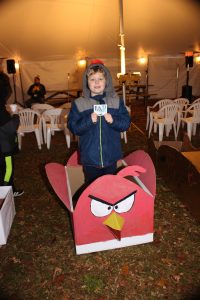 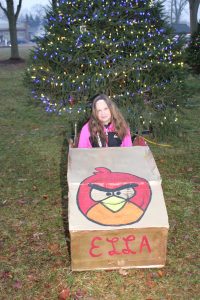 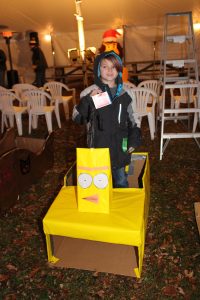 Santa Claus will be at each night. Hayrides & Food & Hot Beverages,  Holiday Music & Art on Display from the local schools each night.  Cardboard Sled Design contest on Saturday at 4:00 pm.

This year Fruitport Township, with the help of Fruitport Lions Leo Club held a Halloween at the Hall party. Finding safe places to Trick – or – Treat is a challenge in today’s society, so The township employees with the elected official came together to give back to the kids in our community with Trick – or – Treating and crafts at the township hall.

Fruitport Leos wanted to help out so they provided face painting, tattoos, and crafts for the children that came. The weather outside was gloomy, cold and damp; however inside the smiles were ear to ear and laughter was heard throughout the hall. Thanks to the Fruitport Leo Club and all the kids that came in there awesome costume. Halloween at the hall was a great success.

Fruitport Leo Club and members of the Fruitport Congregational UCC, joined together to build a ramp for a Fruitport Village resident October 7, 2017.

Iva Snow, an elderly member of Fruitport Congregational church was in need of a way to get in and out of her home without stairs impeding her. Her daughter Cheryl Snow put in a “Handy Andy” request at their church and the project jumped into action. 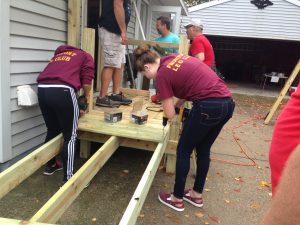 Steve Wilson, retired football coach for Fruitport High School, was approached by Trustee member Ron Stroup. Steve helped build ramps with the Fruitport football team while he coached. Since his retirement he has helped the Fruitport Leo Club launch a ramp project for community service. Steve enjoys working with kids and the Leos enjoy the knowledge and respect Coach Wilson displays towards them throughout the build.

With old backs and young backs lined up, the team of 8 adults and 6 kids measured, cut, dug, screwed down decking and built a beautiful ramp for Iva. The church group, the day before the ramp build, removed a window and put in a new back door so Iva’s exit from her home could happen without the use of any stairs.

This is the second ramp project the Fruitport Leos have done with Coach Wilson and his son-in-law Bruce Gaultney Jr., and they were just as excited on this build as they were on their first. 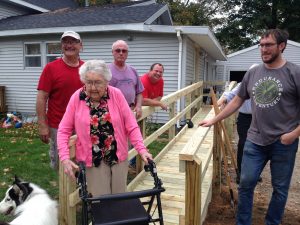 Thank you to all those that worked on the ramp: Ron Stroup, Steve Wilson, Gil Hegedus, Bruce Gaultney Jr., Ron Donahue, Rick Tice, Cheryls son Jason, brother-in-law, and Fruitport Leos; Rachel Weiland, Amber Split, Audrey Split, Ellie Herrick, Mackenzie Wahr, Becca Hunt. A special thank you to Seth Middlecamp with Sethco Lumber who gives a discount of supplies for the ramp build projects, after all it takes a village. 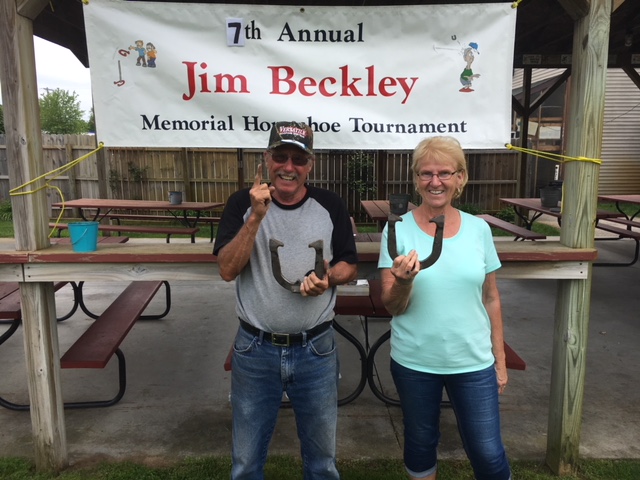 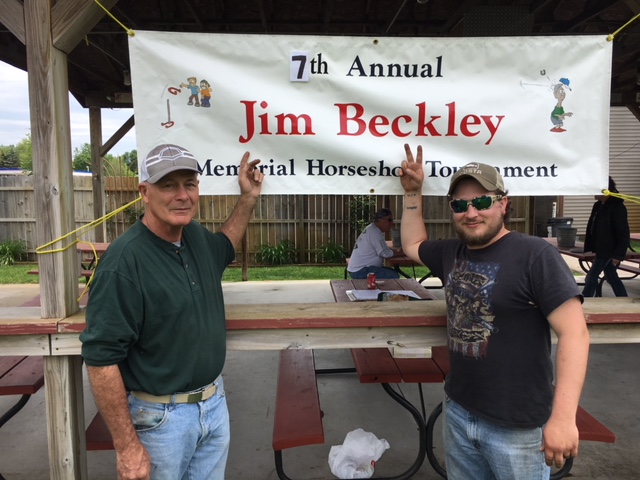 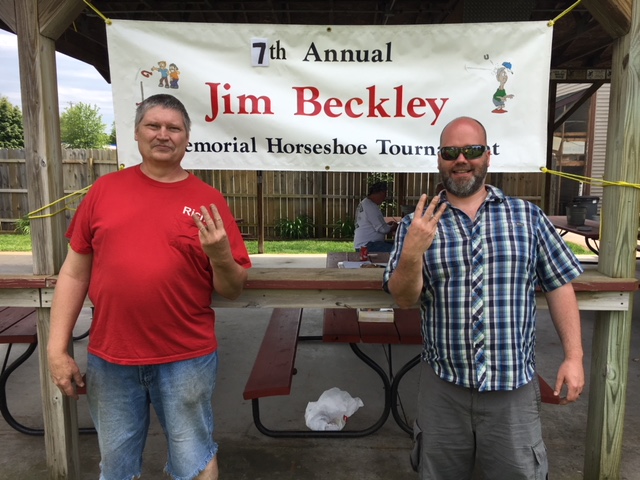 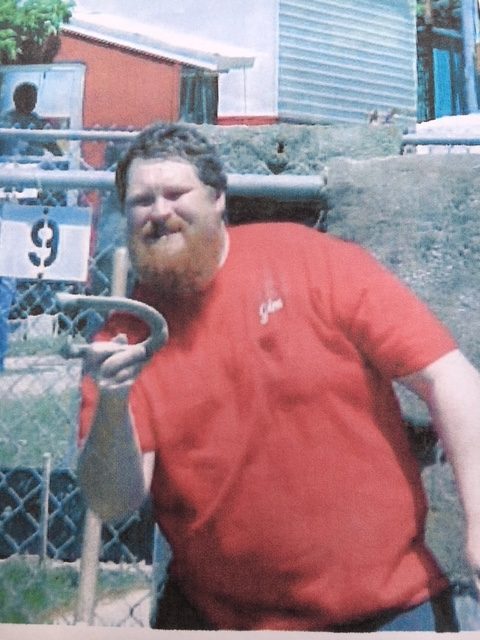 Jim Beckley, who is honored by tournament

Join us for our 12th Annual Old Fashioned Christmas Event at Pomona Park Village of Fruitport – It’s Free Fun for the entire family!

All profits will benefit local children for Christmas gift giving.

The Fruitport Lions Club has voted to donate to the following causes: 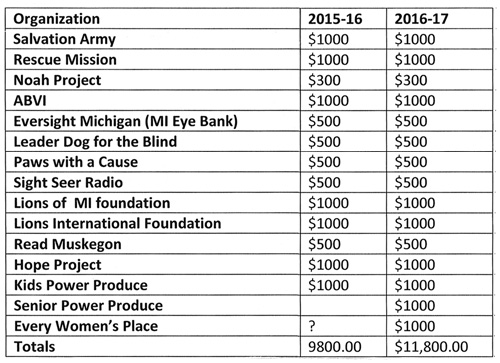