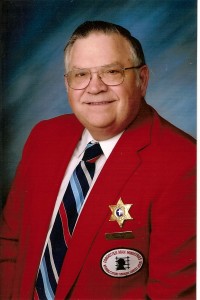 Forgotten Man Ministries (FMM) announces the retirement of John Fehler, Executive Director effective December 31, 2014.  Under his 25-year leadership, the number of jail missions doubled to 36, the number of dedicated workers in the jails increased 300%, and the base of loyal supporters grew substantially.  In his farewell remarks, Fehler said “I thank the Lord for the privilege to lead the army of nearly 2,000 dedicated chaplains and volunteers armed with the message of Jesus Christ into Michigan county jails.”

Fehler‘s tenure with FMM began 35 years ago as a jail chaplain in Alcona and Iosco county jails.  He had served two years as the chaplain at Muskegon county jail prior to joining the staff of FMM’s home office in Grand Rapids. In 1988, Fehler was appointed to be the organization’s second Executive Director.  In retirement he plans to devote more time to his hobbies of fishing, hunting and cooking and looks forward to new adventures with his wife of 44 years, Leah.  The Christian ministry, too, will continue as an important part of his life with time devoted to leading bible studies or occasionally preaching at worship services.

Headquartered in Grand Rapids, MI, Forgotten Man Ministries was founded in 1961 to be the hand of the Lord into 36 Michigan county jails by providing chaplains and a comprehensive spiritual program. The non-profit organization is faith-based, multi-denominational and works to restore the spiritual and physical lives of inmates through the support of  volunteers serving inside and outside the jails. The ministry is available to all residents of the county jails served without regard to the inmate’s creed, color, sex or reason for incarceration, and is led by the knowledge that the Gospel of Jesus Christ can and will change lives.