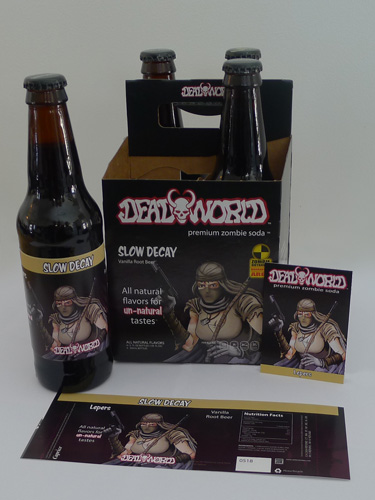 MUSKEGON, MI — When storyboard artist Tim Holtrop made an illustration of a Deadworld character, Marah the leper, he didn’t know it would be used in such a tasteful way as product labels and packaging art for a zombie-themed soda pop.

Holtrop, who is no stranger to “secret” or confidential projects, wasn’t even told what would be done with the artwork he produced for long-time associate Gary Reed, but he was assured it would be good.

“I’ve worked with Gary on some pretty interesting projects in the past,” said Holtrop, “but this one turned out to be a real surprise! I had no idea he would be producing a Deadworld product like soda until he revealed it shortly before the product’s release.”

The Deadworld Premium Zombie Beverage is a limited edition release of all natural soda made up of 12 uniquely named flavors such as “Morbid Mix”,”Rot Berry”, and “Graveyard Delight”, each flavor featuring different original artwork for the images on the labels.

“The art I made was used for the Vanilla Root Beer flavor, ‘Slow Decay’,” said Holtrop. “When I received the samples of the Root Beer, I was excited by the quality of the packaging. The product looks great.” 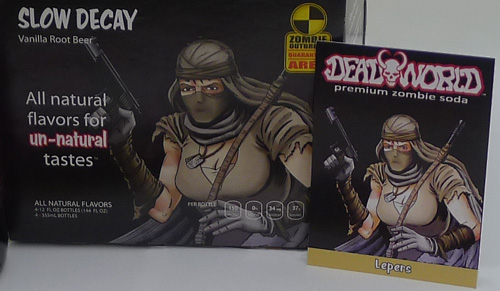 What was even better, according to Holtrop, was that “the ingredients in the Vanilla Root Beer were simple, not full of hard to pronounce names, and there was no High Fructose Corn Syrup. The nutrition information was surprisingly good for something called ‘Slow Decay’!”

The sweetest surprise of all came when Holtrop opened a bottle and tasted the product inside. “It was delicious,” he said, “so good, I just had to share it with my family. They loved it too.”

Since the official release, stores in the Detroit, and eastern Michigan area have been stocking the soda line. More information about the soda, as well as a store and event locator, can be found on the Caprice Brands website: www.capricebrands.com 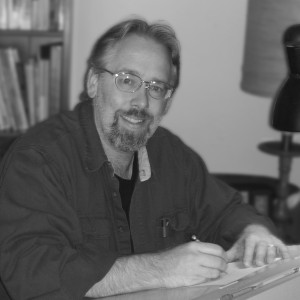 Tim Holtrop draws a variety of subjects from “A to Z”, from cute cartoon animals to ugly undead zombies, and has worked on a variety of projects in film, TV, video games, advertising, publishing, and comics, including “OZ”, for Caliber Comics. Tim resides in West Michigan with his family, providing services to clients around the country, working from home and delivering art via e-mail / internet. Check out his work at timholtrop.com, follow him on Twitter @timholtrop, and Like his Facebook Page.

Behind the scenes: “Although the sample bottles I was sent showcase a character done by Don England, whose work looks great…I was given some labels with my art, so I wrapped one around a bottle for my photos…but, I’ve been told my label will be released soon.”