MUSKEGON, MI – Downtown Muskegon is launching into 2016 with new leadership and a continued focus on development of Muskegon County’s central business district. 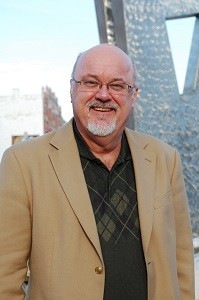 Alexander takes over from former Executive Director Jonathan Seyferth who left Downtown Muskegon Now in the fourth quarter of 2015 to become the Coopersville assistant city manager. Seyferth headed downtown development in Muskegon since the summer of 2013.

Alexander comes to the downtown manager’s position after 34 years of reporting and editing at MLive Muskegon Chronicle. He was business editor for more than 20 years, a political and local government reporter and most recently the community engagement specialist, in part handling the traditional role of the editorial page editor.

“There is a lot of excitement about what’s possible in 2016,” said Carla Hill, outgoing chairwoman of Downtown Muskegon Now and president of the West Michigan Symphony Orchestra. “Having a director as passionate as Dave Alexander will keep momentum moving forward. We are fortunate to have him downtown.”

There are many initiatives underway in downtown Muskegon — residential, commercial and office developments announced and yet-to-be announced, Alexander said.

“I come into the downtown manager’s position at a dynamic time for downtown Muskegon,” Alexander said. “Jonathan Seyferth and our board have built a tremendous foundation for the premiere urban downtown along the Lakeshore to continue to progress.”

Along with Alexander’s appointment, the leadership of the Downtown Muskegon Now is transitioning as the board chairmanship will move from Hill to Andy Maciejewski, partner with Revel – the branding, marketing and web design company located in downtown Muskegon.

“For downtown Muskegon, 2016 is going to be an exciting year,” Maciejewski said. “Dave is deeply connected to the Muskegon community and has been telling the story of downtown for over 30 years. He’s the right person at the right time for this position.”

Downtown Muskegon Now also provides staff services to the Downtown Muskegon Development Corp., the consortium of local foundations that purchased the former Muskegon Mall property in the heart of downtown, and the newly created Muskegon Business Improvement District, which is designed to provide snow removal, landscaping, marketing and events for the downtown district.

Meanwhile, Downtown Muskegon Now’s community celebration – The Taste of Muskegon – is in its 10th year with all proceeds going to beautification and promotion of downtown. This year’s event is Friday-Saturday June 18-19 in Hackley Park.