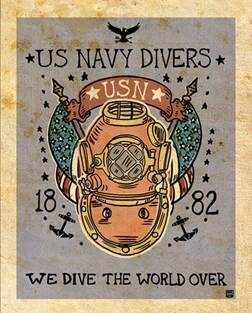 Exhibit Information: Navy Divers Featuring Carl Brashear, U.S.N. has opened at the USS Silversides Submarine Museum. To some the sound of Navy diver may sound like a glamorous job, but was it? Not at all! It was more the out of sight out of mind kind of work, but the Navy absolutely could not function without these heroes. This new exhibit at the USS Silversides Submarine Museum will teach you the history of Navy diving since 1882. The exhibit lets you try your hand at tying some of the knots divers learn to tie, but unlike the divers, you get to try it above water. The mechanics of a diver’s suit will be on display as well as a Momsen Lung that would have been used by those who were rescued by the divers. The exhibit will also show a more modern side of Navy diving by focusing on Carl Brashear, the U.S. Navy Diver who was featured in the Hollywood hit movie “Men of Honor.”

A featured event of this exhibit is a presentation that will be given on Wednesday, April 20 at 12:00pm by Philip Brashear, President of the Carl Brashear Foundation and son of Carl Brashear, the first African-American to become a U.S. Navy Master Diver. Guests will be able to explore the exhibit, hear the presentation and watch the movie “Men of Honor” starring Cuba Gooding, Jr. and 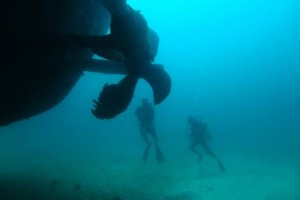 Robert DeNiro all for just $7.00 per person. For more information please call the USS Silversides Submarine Museum at 231-755-1230 or visit www.silversidesmuseum.org. The exhibit will run through Memorial Day.Come seea side of the U.S. Navy most people never get to see ~ the part UNDER the sea.