Candidate for the Michigan Supreme Court 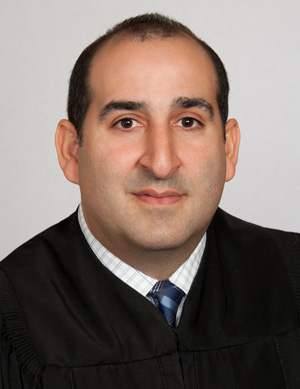 David Viviano was appointed to the Michigan Supreme Court in 2013 and elected to complete his term in 2014. He is the Supreme Court’s point person for judicial training and e-filing.

Justice Viviano previously served as Chief Judge of Macomb County, where he led one of the largest trial courts in Michigan. He was elected to the Circuit Court in 2006 and again in 2012.

Justice Viviano has worked to reform Michigan’s jury system and implement new technologies – such as e-filing and videoconferencing – to help courts operate more safely and efficiently.

Before becoming a judge, Justice Viviano worked at two nationally-recognized law firms before starting his own firm.

Justice Viviano graduated from Hillsdale College and the University of Michigan Law School.

He and his wife live in Sterling Heights with their four children.