From the Muskegon Lakeshore Chamber of Commerce

Construction of the Terrace Plaza apartments is now underway. 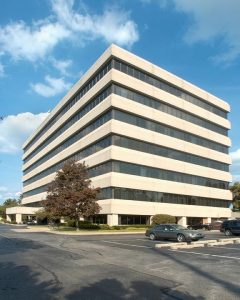 “This is an exciting time for downtown Muskegon. The Watch Muskegon campaign, new restaurants, and shops have brought a lot of energy to the area,” stated Roger Hinman, CEO of the Hinman Company. “This increased activity also means that there is a demand for downtown living and we are pleased to offer that to the community.”

The 6th Floor will have 19 one and two bedroom apartments, ranging from 618 to 1,097 square feet. The 7th Floor will feature a 2,337 square foot, two‐bedroom penthouse apartment. Also on the 7th floor will be a common area fitness center and community room with an outdoor patio. All of the units will have a washer and dryer, granite counter tops, spacious closets, and stunning views of downtown and/or Muskegon Lake. Enclosed parking will be available for all residents.

“We have seen an increase in the demand for downtown housing options,” says Dave Alexander, Executive Director of Downtown Muskegon Now. “This is the first market-rate apartment development to take place in several years and it will be great to offer this additional option for those looking to move to Downtown Muskegon.” 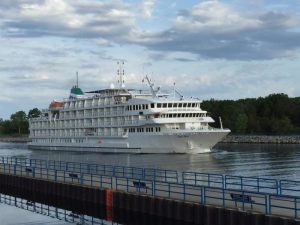 The Muskegon community has received confirmation that the Pearl Mist will be visiting the Port of Muskegon 10 more times in 2017.

The Pearl Seas cruise line company based in Toronto, Ontario, operates the Pearl Mist and is excited to return to Muskegon.

Click here for more information about the Pearl Seas. 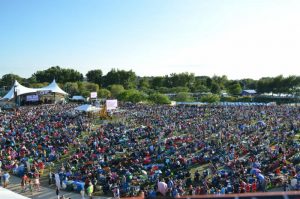 2016 was a record year for many aspects of Muskegon County. Community leaders attribute the success to the WATCH Muskegon campaign as well as the marketing efforts of many Muskegon organizations. The two County Parks on Lake Michigan and three State Parks along with Festival Grounds and a Cruise Ship Port on Muskegon Lake is helping to promote Muskegon as a tourist destination.

October 10 – Meet 3 female business owners in the No. 85 best place for women entrepreneurs