The Ottawa County Board of Commissioners started off its recent board meeting congratulating Ferrysburg Mayor Pro Term Rebecca Hop for earning the Ambassador Award from the Michigan Municipal League. The Ambassador Award is given to Michigan Municipal League members who successfully complete all four levels of the League’s Elected Officials Academy program. Hopp is among just a handful of leaders to complete all four levels.

Commissioner Roger Bergman presented Hop with a proclamation recognizing the achievement. He commented that Hop was an exemplary leader. As a member of the city council and other volunteer roles, she went beyond her duties to learn all she could about how to best govern and lead her community. 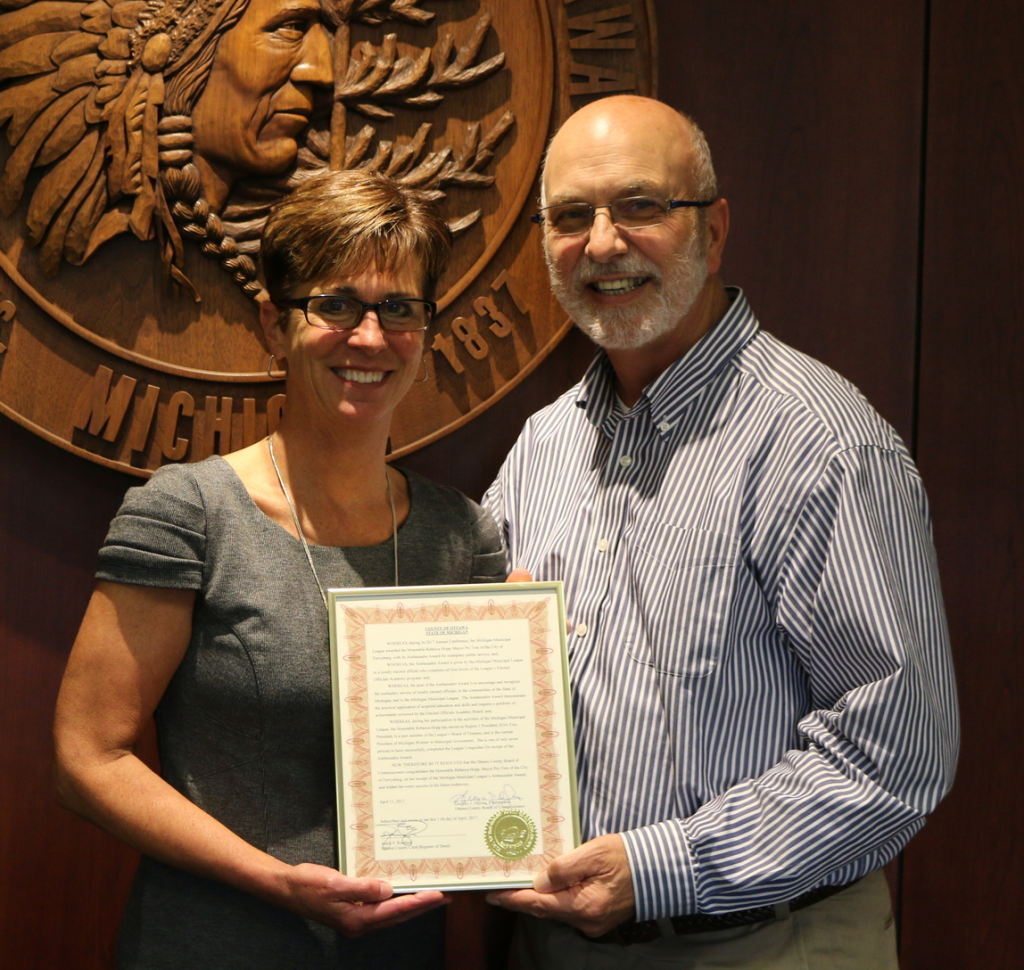