On Friday night, the Army Corps of Engineers announced they are going to release the long awaited Brandon Road study on August 7th. This assessment will provide critical information on how to best prevent Asian Carp from entering the Great Lakes ecosystem. I am proud to have worked in a bipartisan manner to get the Administration to release this important document. 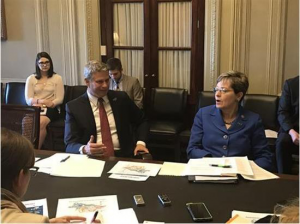 In June, I joined Marcy Kaptur (D-OH) in introducing the Stop Asian Carp Now Act, which upon enactment would have forced the release of the Brandon Road Study. After the discovery of an Asian Carp less than 10 miles from Lake Michigan, I led my fellow Michigan Republicans in writing an op-ed for MLive & The Grand Rapids Press discussing the threat Asian Carp pose to the Great Lakes both ecologically and economically.

While the scheduled release of the Brandon Road study is an important and positive step, it is my hope that we can continue to build upon this bipartisan foundation to enact policies that will protect the Great Lakes.

Last week, the House passed legislation to strengthen our military by providing our troops with the tools they need to complete their mission, secure the border by prioritizing border integrity and funding construction of a wall along our nation’s southern perimeter, and enhance veteran care by improving mental health services, opioid addiction treatment, and suicide prevention programs.

On Wednesday, I discussed these important funding measures as well as health care and tax reform in a Facebook Town Hall. I encourage you to follow me on Facebook to receive notifications about future town hall events and legislative updates. You can watch Wednesday’s discussion by clicking on the image below. 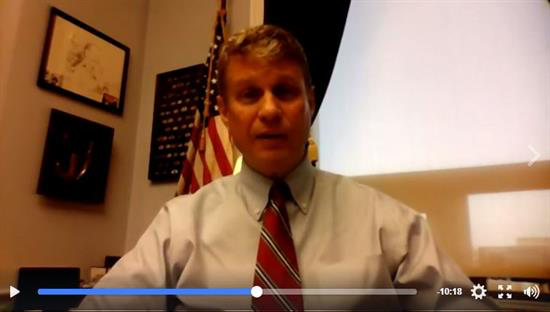 Recently, the House passed legislation to sanction North Korea, Iran, and Russia by a vote of 419-3. The Senate then passed the measure by a vote of 98-2. North Korea and Iran have continued to develop hostile weapons capabilities that threaten our troops and our allies despite diplomatic efforts to stabilize both regions. This bipartisan legislation also enhances sanctions on Russia because of their hostile cyber activities as well as their intervention in the Ukraine. Lastly, this important bill limits the ability of the Executive Branch to unilaterally provide sanction relief to Russia without congressional review. To learn more about this sanctions package that the Administration has said the President will sign, click the picture below.

Maintaining the Healthcare Status Quo is Not Acceptable

Nearly everyone agrees that our nation’s health care system is broken. However, due to the Senate’s inability to pass any type of reform, the status quo will continue to deteriorate forcing Michigan families to face even higher premiums, larger deductibles, and fewer choices to purchase the health insurance that best meets their needs.

The House passed legislation to jump-start the process of reforming our nation’s health care system in May. Michiganders should remember that both Debbie Stabenow and Gary Peters created the status quo and are now refusing to fix it. That isn’t leadership and frankly it’s unacceptable. I am equally frustrated by Republican senators who once voted in support of legislation to repeal ObamaCare when President Obama was in the White House but somehow are unable to support it today. It is my hope the Senate will revisit healthcare.

West Michigan’s Impact Around the Globe

Hoekstra Nominated To Serve As Ambassador: Last week, President Trump nominated my colleague, mentor, and friend Pete Hoekstra to serve as our nation’s Ambassador to the Kingdom of the Netherlands. Pete’s heritage, deep-rooted ties to the Dutch community in West Michigan, and combination of public service and private sector experience make him uniquely qualified to serve as Ambassador to the Netherlands. I cannot think of a better person to further strengthen the relationship between the United States and the Netherlands than Pete Hoekstra. To learn more about Rep. Hoekstra’s service to West Michigan and our nation, click on the image below. 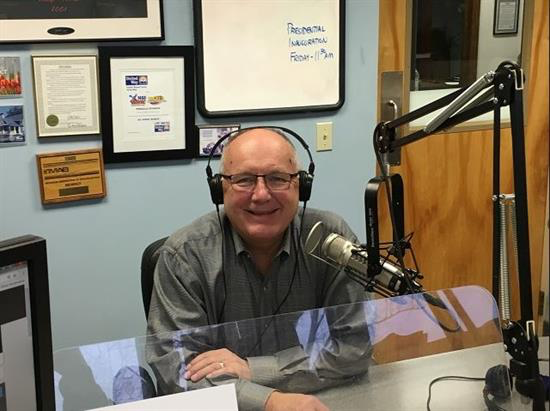