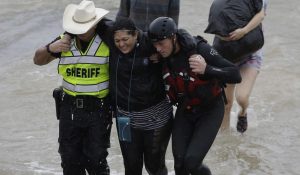 In an exclusive interview with Breitbart Texas, Houston Police Chief Art Acevedo said that despite horrible tragedy in the Houston area, police officers in the region are continuing to put their duties first:

“The collective heart of the Houston Police Department (HPD), the Houston Fire Department, all of our municipal co-workers, (and) just the entire first-responder community in this city is second to none, and I am very proud of that,” the chief said. Despite more than 200 officers having their own homes damaged or destroyed “They’re putting their duty first.” The chief praised not only the commissioned officers who wear the dark blue uniform but the entire support staff and dispatchers. 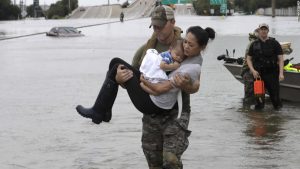 Breitbart Texas spoke with several HPD staff members in the lobby. They expressed they have been living at their posts since the Hurricane began, nearly a week ago now.

“I don’t think anyone could have imagined just how significant a challenge this was going to be,” the chief explained. “It’s historical.”

“The (officers) who came in for 12-on, 12-off (shifts), if they were still here Saturday, they didn’t get to leave,” he expressed. “We made them all stay, it was required. They’ve been very highly motivated. And, as you can imagine, when you have close to 200 of them that their own homes have been damaged or lost, they haven’t abandoned their post.” 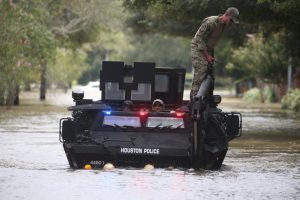 In Harvey’s aftermath, roughly 30 individuals were killed during the hurricane and hundreds of thousands were left with flooded homes and residences.

For full details, view this message on the web.