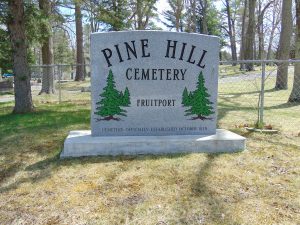 Fruitport Township’s Cemetery, The Pine Hill Cemetery, is located in section 36 at Brooks and Pontaluna Roads. Commonly referred to as “Fruitport Cemetery”, there are no legal records to support it ever being called that. We do know that much of Fruitport’s history can be told through the cemetery.

Originally a part of Norton Township until it separated and organized under the name of Lovell in 1867, Fruitport officially became its own township on March 31, 1871. Due to the lack of paper records, exact dates are unknown for many pieces of the cemetery’s history. It is known however that in its earliest years, land for the cemetery was deeded to the township by Thomas and Ellen Smalley, Edward and Julia Craw, and Jesse H. Cooley.

Township records do not exist, but it is said that a potter’s field, for those residents who had no means for a proper burial, was located in the area of Bridge Street and Brooks Road. It has also been said that a Native American burial ground was located near the cemetery as well. Native American artifacts have been found in the area over the years, suggesting a burial ground.

The exact date of the first burial in the cemetery is unrecorded, but the oldest legible headstone dates back to 1877.

There are six known Civil War Veterans buried in Pine Hill Cemetery. These include Augustus Converse, Henry C. Barnes, Silas H. Hendryx, Moses Bigelow, Levi Bigelow, and Daniel Blackmer. These particular headstones are marked with the bronze star of the Grand Army of the Republic (GAR). The GAR was a fraternal organization for Civil War Veterans, specifically of the Union Army, organized in 1866. The organization became extinct in 1956 when its last member died. 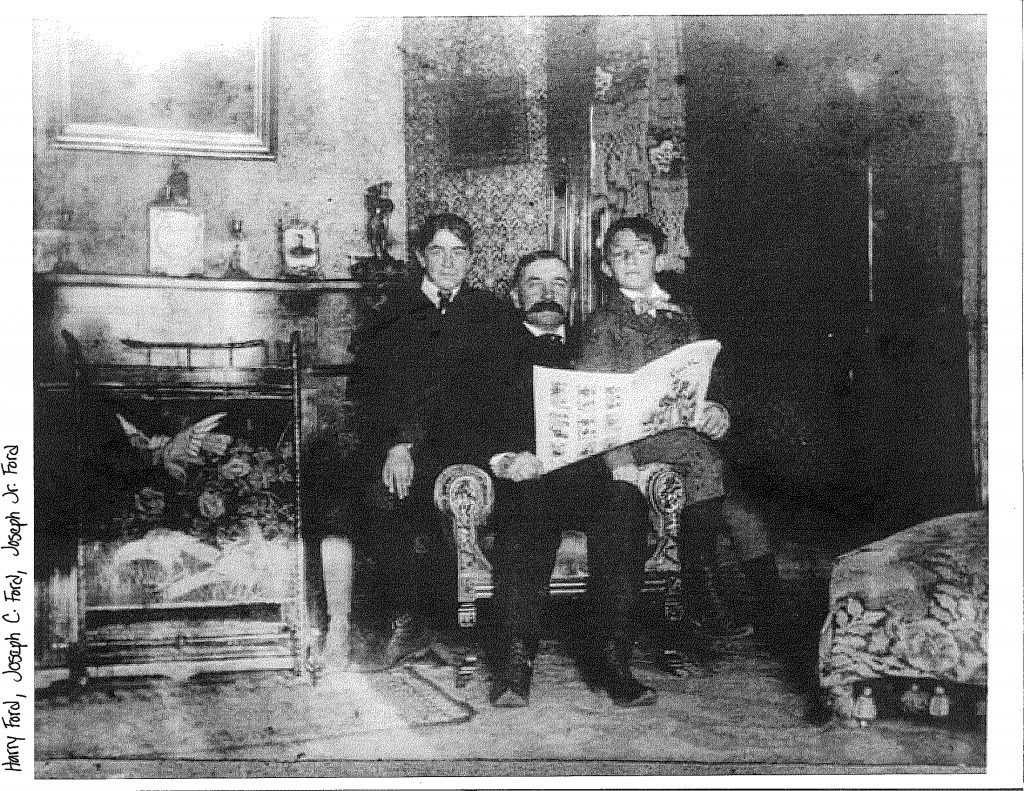 One of Fruitport’s most notable residents, Joseph C. Ford, is also buried at Pine Hill. The Ford family headstone is one of the largest to be found in the cemetery. Joseph was Superintendent of Spring Lake Iron Co. and also served as Fruitport Township Supervisor for a period. He and his family made their home at what is now The Village Park Bed and Breakfast located across the street from the present Pomona Park. The Fords had nine children, one of which died as an infant. Their youngest child, Harry, drowned in Spring Lake in 1902, in front of the Pavillion dance hall during its first year in operation. Joseph, his wife Alice, Harry, and their infant child are buried at Pine Hill.

In 1960 the mausoleum was built at Pine Hill and its first internment was in 1961. A small section of land located adjacent to the mausoleum was set aside specifically for babies and infants. Commonly referred to as “Baby Land”, the first burial in this location was Baby Akins in 1963.

The George Forsberg Memorial Chapel was added in 1973. Due to the lack of use, it is now part of the garage and storage for the cemetery.

To date, members of the Fruitport Historical Society have photographed and cataloged each and every headstone in the Pine Hill Cemetery. All of this can be found on the Pine Hill link of the Muskegon County Genealogical Society web page at www.genealogymuskegon.com. The society would eventually like to add any biographies that can be obtained.

The “cemetery project” team of the Fruitport Historical Society would like to thank the present caretaker, Jerry Darga, for his excellent job maintaining our beautiful cemetery. His hard work and pride shows and is greatly appreciated!