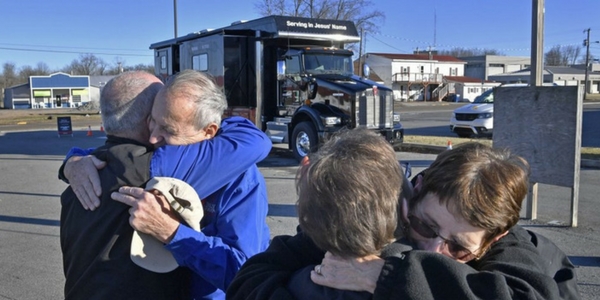 The Billy Graham Rapid Response team deployed crisis-trained chaplains to South Carolina and Kentucky following fatal shootings in January. On Jan. 16, four law enforcement officers in York County, S.C., were shot while searching for a suspect after responding to a domestic violence call. While three of the four officers survived, the attack claimed the life of Det. Mike Doty. One week later, a 15-year-old student opened fire at Marshall County High School in Benton, Ky., killing two and injuring 14.

In both locations, the chaplains were requested by the community to provide emotional and spiritual care. They have had the opportunity to pray with families, local pastors, law enforcement, and many of the survivors.

“Sudden, tragic deaths like we’ve seen in South Carolina and Kentucky are heart-wrenching,” said Jack Munday, international director of the Billy Graham Rapid Response Team. “They affect not only the survivors and the families of the victims, but the entire community. Lives are forever changed. Join us in praying for those who are broken and mourning, and those who will carry the physical and emotional scars for years to come.”