There’s evidence the “Free Press” is no longer “Free”, but rather a propaganda arm for one political party, and an attack attack dog aganist the other party.
from EINPresswire.com 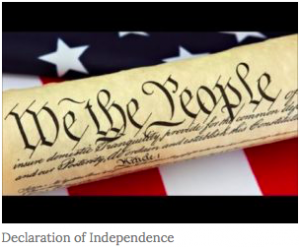 “We the People of the United States, in Order to form a more perfect Union, establish Justice, insure domestic Tranquility, provide for the common defence, promote the general Welfare, and secure the Blessings of Liberty to ourselves and our Posterity, do ordain and establish this Constitution for the United States of America.” Declaration of Independence.

To this reporter, it seems we have come a long way from the eloquent statement by the Founding Fathers of forming a more “perfect union” and the “establishment of justice”.

However, it now appears the “Union” of “We the People”, has recently taken a step into an even more sinister dark hole. Are the Media, the Democratic Party, the FBI, the Justice Department and other deep state elements of our Government, involved in a conspiracy to overthrow a legitimately elected Government and its President? If so then “We the People” are on the precipice of a failed democracy and nation state as they knew it. 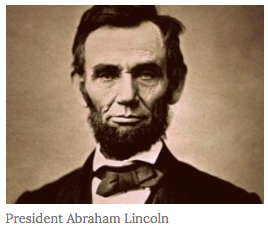 “This country belongs to the people. Whenever they grow weary of the existing government, they can exercise their right to amend it, or their revolutionary right to dismember it or overthrow it.”
— Abraham Lincoln

It’s obvious to everyone the “Free Press” is no longer “Free”, but is instead expressing and publishing political ideology that favors one political party over the other. A Free Press is supposed to be impartial and objectively report the news without bias. That’s to serve three purposes, (1) to keep “We the People” truthfully informed about what the Government is doing, (2) keep the Government honest and (3) to preserve for posterity, the guaranteed individual freedoms envisioned by the Founding Father’s and codified in the Declaration of Independence and the Constitution for “We the People”.

The Founders intent for a “Free Press, wasn’t that it would become a propaganda arm of one political party and act as an attack dog against an opposing political party. Nor was the intent that a “Free Press” be a protector and enabler for a corrupt and criminal Government, by not reporting their evil deeds. However, it’s quite clear that’s exactly what ‘s happened. Evidence clearly shows that vast elements of the “Free Press” have become apologists for Democratic party, and for a corrupt “Deep State Government”, whose criminality is being revealed daily.

The vitriol coming out of the Media and their Political ally, the Democratic Party, is tantamount to “inciting the populace to riot” in an attempt to overthrow a duly elected Government by an act of impeachment. At the same time, they totally ignore the daily revelations about the criminality committed by the former Obama Administration, FBI, Justice Department, State Department, CIA and of course the Clinton Family.

The Incitement to Riot Press, just won’t report any of it, as they continue their daily stream of sedition attacks on the President as they try to incite people to riot and join the “impeach the President” movement. This is unparalleled in the 242 year History of the “UNION”.

Everyday the Media engages in “vitriolic incitement” remarks about President Trump and his supporters. What’s even more insidious is what FBI agents, in the person of Lisa Page and Peter Strzok, were saying and doing as they planned and executed a “back up insurance plan” to destroy President Trump, if by chance, he was elected. Are the Media, the Democrats and certain elements of the FBI, Justice Department, State Department, CIA, NAS and deep state elements, either separately or collectively, trying to fabricate reasons to overthrow a duly elected Government? There is more and more evidence coming out daily to prove that answer is yes!

As of this writing, an intelligence memo appears to show real seditious and treasonous acts were carried out by high level employees of the FBI and Justice Department. Also just coming out is news is that the FBI lost five months of texts between the FBI conspirators Lisa Page and Pete Strzok. Does the FBI really think “We the People”, are that stupid to believe that lie?

So when does all the above demonstrate a conspiracy between the above parties to “incite a riot” with the intent to overthrow a duly elected President and the Government? Millions have died protecting our freedom and are dying every week to preserve it. However, the Fake News media, the political corruptors, and there supporters, are trying to destroy the UNION.

At the close of the Constitutional Convention of 1787, when queried as he left Independence Hall on the final day of deliberation, a woman directed this question to Benjamin Franklin, “Well, Doctor, what have we got—a Republic or a Monarchy?” Ben Franklin responded, “A Republic, if you can keep it.”

“We the People” are on the verge of losing the Republic.

Read the full report on “Are the Media, Democrats and Elements of the US Government Involved in Sedition and Treason?” at http://crbuzz.com/us-corruption/