The 80-mile stretch of desolate shoreline between Whitefish Point and Pictured Rocks National Lakeshore has come to be known as Lake Superior’s Shipwreck Coast. Over 200 ships have come to a watery grave in this area, including the mysterious wreck of the Edmund Fitzgerald. The Fitzgerald, once the largest ship operating on the Great Lakes at 729’ in length, was fighting her way to the protective waters of Whitefish Bay when she inexplicably vanished, just 17 miles northwest of Whitefish Point. This all happened, not so long ago, on November 10, 1975. 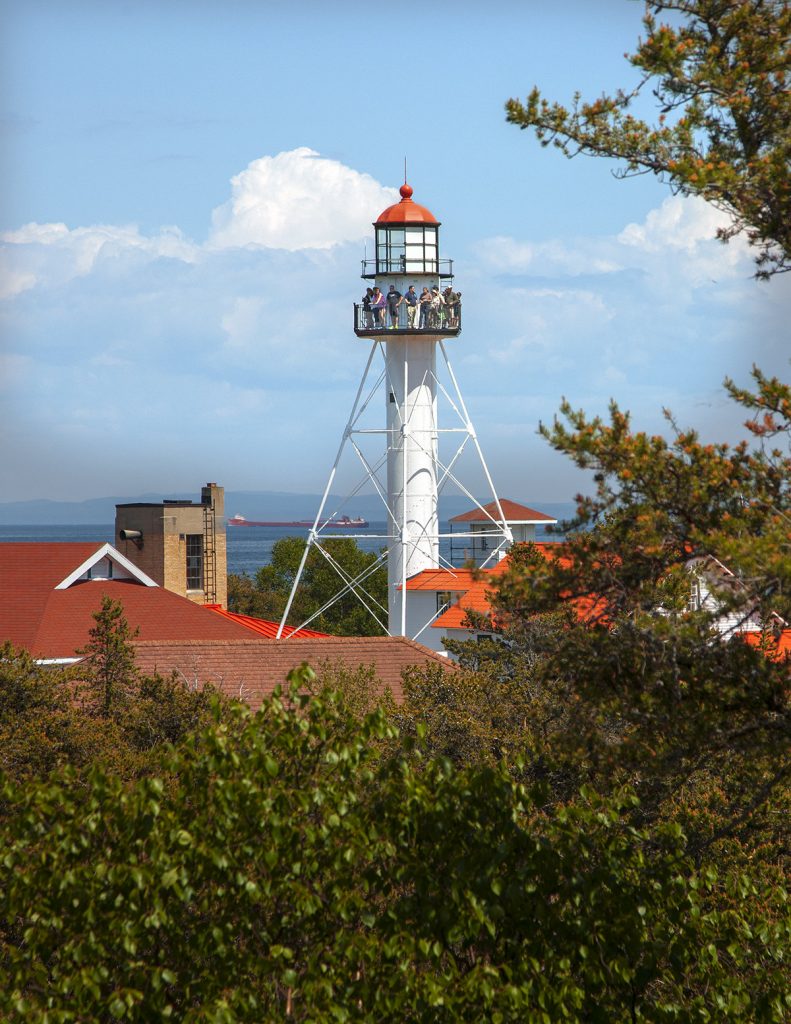 To borrow Great Lakes maritime historian Fred Stonehouse’s words, the story of the Edmund Fitzgerald has, for many, “come to represent all shipwrecks on the Great Lakes.” This is really true, but the Fitz is just one story and the lakes have many shipwreck tales to tell. For most visitors to the Great Lakes Shipwreck Museum, these human stories can be shocking, both in the dramatic nature of the wrecks themselves, but also in the heroism of the men and women who miraculously survived incredible conditions.

The museum is located on the site of the oldest operating lighthouse on Lake Superior, and this venerable old tower has been guiding ships around the Point since the U.S. Civil War and Abraham Lincoln’s presidency. What was it like to be lighthouse keeper at such a remote location? How about growing up at a lighthouse? What was family life like for the keepers and their families? What dangers did they face? Did the Lighthouse Keepers ever have to help shipwreck victims? These questions are all answered as you tour the restored Lighthouse Keeper’s Quarters, just beneath the shining light itself.