Do you have a lead foot? While we are not urging you to drive above the speed limit, your costly speeding ticket has a silver lining. A portion of the fines paid to the courts from criminal violations and civil infractions is distributed to local libraries. This year, Ottawa County fines netted nine public libraries a total of $749,943.

The Michigan State Constitution of 1963, requires that all penalties collected for violations of the state penal laws be divide into court costs, statutory fees, and penal fees. The penal fines support public libraries and a county law library.

“Prior year payouts have ranged from $700,000 to over $950,000 depending on the number of citations written using the state penal code and the fines levied by the court,” said Brad Slagh, Ottawa County Treasurer.

The amount paid to each public library is determined by the percentage of the county population living in the area which each library has an agreement to serve. The Library of Michigan-Department of Education dictates the eligible libraries and its associated population. 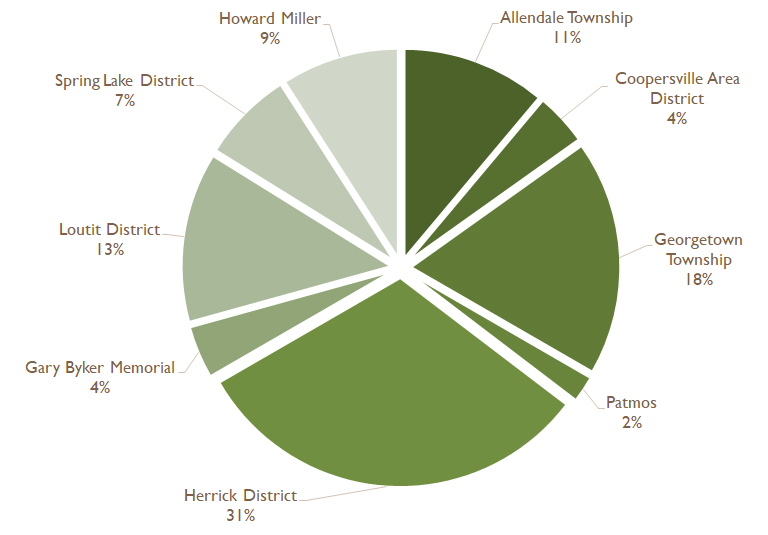