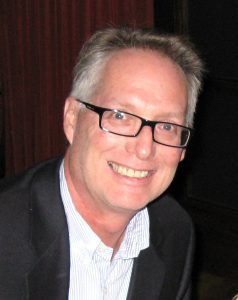 MUSKEGON, MI – The Muskegon Area First Economic Development Corp. – the Muskegon County-wide non-profit economic development agency – is being transformed by community leaders from a government-led organization to one mainly funded and directed by the private sector.

A newly recreated, private-sector-led Muskegon Area First (MAF) board of directors has selected Jim Edmonson as its new president and chief executive officer to launch the new direction of the agency. Edmonson brings 43 years of economic development experience to the new position, including three years as MAF head in 2004-07.

The former Muskegon Area First board of directors hired Edmonson Associates of Baton Rouge, LA to help it in the transition. Edmonson took over the leadership of the agency June 3.

“Every era in a community’s history has different economic development needs,” said new MAF Board Chairman Mike Olthoff, CEO of Nichols – one of the largest independently owned paper, package and sanitary supply distributors in the Great Lakes region headquartered in Norton Shores.

“In 2019, Muskegon County needs to support its current employers with a skilled workforce as it continues to grow the county’s manufacturing base with local company expansions and attraction of new companies to fill needed niches in our economy. The MAF board feels that Jim Edmonson is perfectly suited to launch a new direction for Muskegon Area First and have the agency address the current economic development needs of Muskegon County.”

Edmonson will be spending his initial months with MAF establishing the private-sector led agency, which will still have financial and strategic relationships with local governments in Muskegon County. Early work with the revamped agency will be with ongoing development of revenues, a first-year budget and reorganization of staff.

“Honestly, I did not consult with MAF to become its next president and CEO,” Edmonson said. “But board members were very persuasive and this is an incredible time to be involved in Muskegon County economic development. Look around, Muskegon County is going through an historic community transformation. As a county resident, I am thrilled to be asked to be a part of it.”

“We have been fortunate to have Darryl Todd provide steady leadership in countywide economic development these past 20 months and the board thanks him for his dedication to the community,” Olthoff said. “As MAF evolves, we are confident that Darryl’s skills will be used to meet the economic development needs the agency will be addressing.”