I believe the IG report should be made available to both the House and Senate Intelligence Committees and I look forward to reviewing the transcript of President Trump’s call with the President of Ukraine. Calling for an impeachment inquiry before fully grasping what was discussed isn’t in defense of the Constitution, it’s merely a craven political move to try to invalidate millions of Americans who voted to elect President Trump.

This morning, I joined Justin Barclay on WOOD Radio to discuss the Speaker’s announcement and what impact it will have on passing bipartisan legislation to move our country forward.

Financial Services Update
Last Friday, the House Financial Services Committee passed my bipartisan legislation, by a vote of 49-5, to help investors impacted by fraud recover their losses. H.R. 4344 is something I have been working on in a bipartisan manner with Rep. McAdams (D-UT).
The latest report from the SEC found that more than $900 million in money swindled from investors through fraudulent activity is unable to be recovered because of a 2017 Supreme Court decision.
The SEC must have the necessary tools to recover the losses suffered by Main Street investors. H.R. 4344 helps solve this problem by striking a delicate balance that allows the SEC more time to recover the money that was scammed from hardworking Americans. I am glad to see this bipartisan bill pass committee with strong support and look forward to it being scheduled for a vote on the House floor. 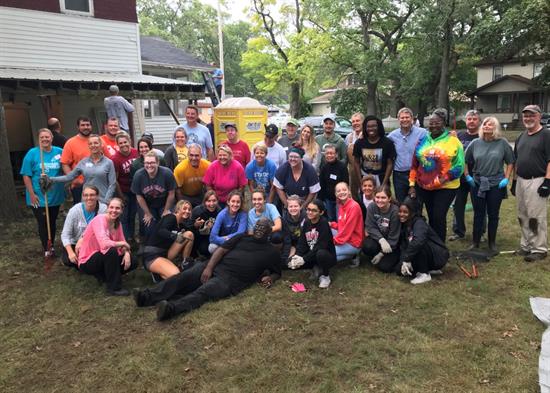 In Muskegon Heights, I joined members of the community to help disabled U.S. Army Veteran Melvin Dunbar clean up his property, paint, and fix up his home. It was heart-warming to see students from across Muskegon join volunteers from the United Way and Rotarians for such a great cause. I also had the opportunity to catch up with “PA” and “Big Rob” from 103.7 the Beat about helping Melvin as well as how I am working for West Michigan in Washington.

Saving Lives in West Michigan
Last week, I had the pleasure of announcing that a coalition of Kent County agencies and health care providers, led by Spectrum Health, were awarded a grant for just over $1 million to reduce infant mortality, improve outcomes, and help families. Conservative estimates show this program, called Strong Beginnings, is preventing at least five infant deaths per year in Kent County. Strong Beginnings strengthens our community and makes West Michigan an even better place to call home.