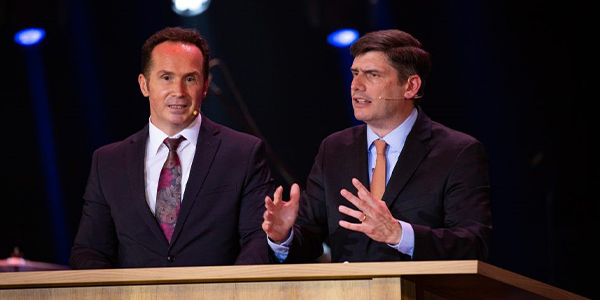 Will Graham made history Aug. 30 in Tirana, Albania. For the first time ever, an evangelist from the Billy Graham Evangelistic Association shared the Gospel in this former communist country.
The “Festim Shprese” or Celebration of Hope with Will Graham was held at the Palace of Congress in the nation’s capital city.

More than 50 years ago, the communist party declared Albania to be the world’s first atheist nation. Last month, the grandson of Billy Graham told residents about a saving relationship with Jesus Christ.

The crowd heard Will Graham’s message in the country’s official language, Albanian, with the aid of an interpreter. Along with Armenian and Greek, the language is one of three surviving Indo-European languages.