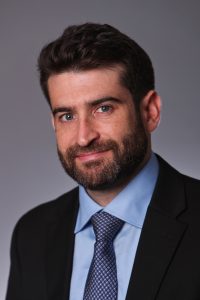 LANSING – Secretary of State Jocelyn Benson has named Jonathan Brater as the incoming Director of the Michigan Bureau of Elections.

“Throughout his career Jonathan has demonstrated his commitment to secure, non-partisan election administration,” said Benson. “His deep expertise of elections practice nationally and in Michigan will be of tremendous benefit to the state.”

Williams also praised Brater: “Jonathan has worked with us tirelessly to ensure Michigan’s elections are executed effectively and without bias. He will have a great team of similarly dedicated employees, and I know he will be an excellent elections director.”

Brater, an Ann Arbor native, was selected after an open application process that began shortly after Williams announced her retirement last month. She will stay on through the end of the year to ensure a smooth transition. Williams served as Director of Elections for two years, succeeding Chris Thomas, who held the position for 36 years, and currently chairs the Department of State’s Election Modernization Advisory Committee.