The Ottawa County Parks Foundation and Herman Miller Cares have partnered to further improve the ecological value of land within the Grand River Greenway and construct a key segment of the Idema Explorers Trail.

The Grand River Greenway is comprised of 9,000 acres of public land between Grand Haven and Grand Rapids, with over 2,700 acres protected by Ottawa County Parks. The preservation of this land provides scenic natural spaces, high quality habitat for both wildlife and recreation, and soon, the 36.5-mile Idema Explorers Trail, connecting these two great cities.

“The Grand River Greenway Initiative will help protect and enhance our local natural areas and create a better world around us all, which is why we are happy to become a partner,” said Gabe Wing, Herman Miller’s Director of Sustainability. “Many of our employees live and work in West Michigan, and will have the opportunity to enjoy this trail and the surrounding natural areas with friends and family for years to come.”

“Giving everyone access to the scenic spaces and connected trails along the Grand River Greenway will improve the quality of life for current and future West Michigan residents,” said Bobbi Jones Sabine, President of the Ottawa County Parks Foundation. “We know that trails and outdoor recreation benefit not only health but the local economy as well. That makes it exciting that a local yet global company like Herman Miller is partnering with us on this trail initiative. We believe that the Greenway will give our West Michigan-based companies an edge in attracting future employees who are excited about living, working, and playing in this great community,” said Sabine.

Through this partnership, Herman Miller Cares has adopted a two-mile segment of the Idema Explorers Trail. Their contribution will support the completion of trail along Green St and 128th Avenue in Robinson Township; construction is slated to begin in 2020. When complete, it will connect the city of Grand Haven to Connor Bayou, the M-231 Bridge, the Spoonville Trail, and Riverside Park. 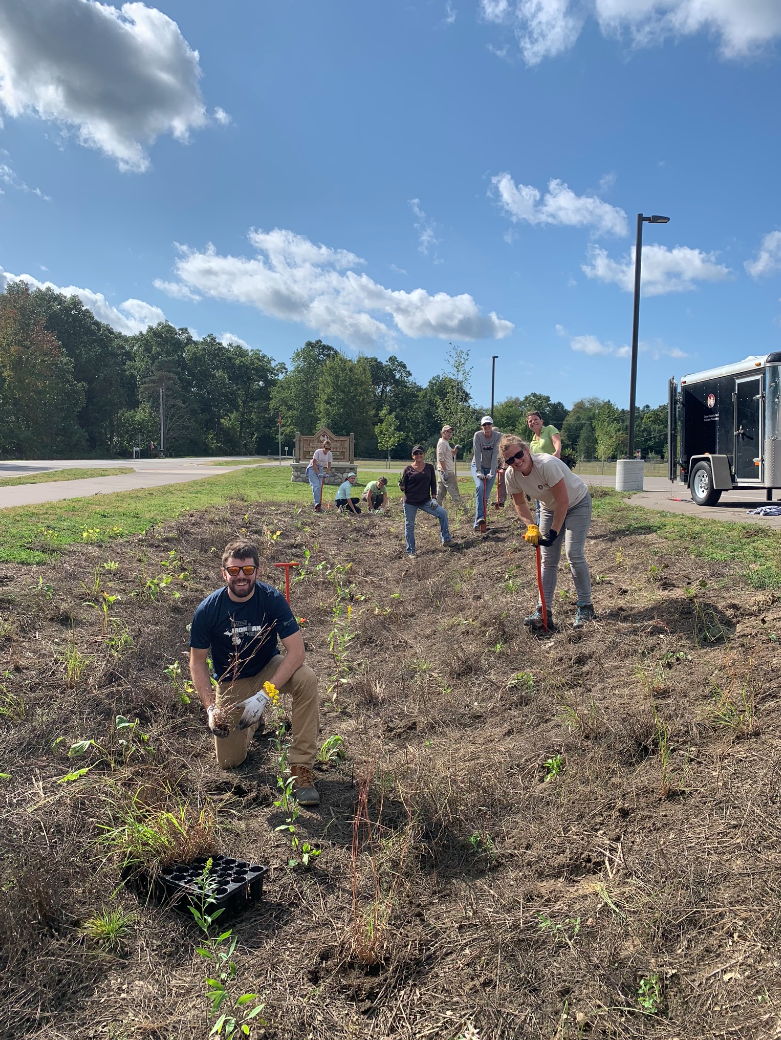 The future construction has not delayed Herman Miller’s commitment to improving the ecological value along the a portion of trail that is already complete, which travels through Connor Bayou and includes the M-231 Trailhead. Already this fall the Herman Miller Sustainability Resource Team has hosted two volunteer workdays for their employees. Together they planted nearly 2,500 native plants at the trailhead, establishing critical habitat and creating a Monarch Waystation for migrating butterflies and other pollinators.