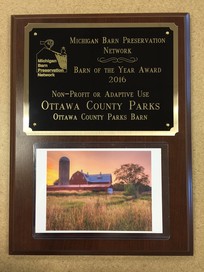 Ottawa County Parks was pleased to win the 2016 Barn of the Year Award in the category of Non-Profit or Adaptive Use for the restored barn at Eastmanville Farm. The award was given by the Michigan Barn Preservation Network at their annual event on May 7.

Currently, the West Michigan Agricultural Education Center leases property on the “farm-park” and plans to turn more than 80 acres of the 229-acre site into a working farm and education center so generations to come will understand where their food comes from.

The barn was rebuilt in 1928 after a fire destroyed the original barn and eventually housed the farm’s dairy herd. The Eastmanville Farm barn was likely built after a plan from the James Manufacturing Company (Jamesway) and features over 10,000 square feet of covered space in a “T”-shaped, gambrel-roofed, plank frame building. The milk house, located on the southwest corner, was added in the 1950s and the silo, silo shed, and large east shed were added in the 1970s. The site became a park in 2005 and more repairs to the barn were made in 2009.

The property is located in Coopersville and was once the Ottawa County Poor Farm and Community Haven. Although most of the buildings and other structures have deteriorated over time and were eventually removed, some physical remnants of this site’s long history are still visible. It is hoped that these features, preserved as part of the Eastmanville Farm County Park, will serve to keep alive the memories of a unique part of Ottawa County’s past. The Ottawa County Poor Farm and Community Haven celebrates its 150th Anniversary in 2016. Save the date for a celebration of this anniversary on October 1, 2016 at the park.

Eastmanville Farm includes a breathtaking array of rolling open fields, steeply sloped stream corridors, and 1,367 feet of Grand River shoreline. Also on the property is a historic cemetery. In addition to the historic remnants at the site, park visitors can enjoy hiking trails, equestrian trails, and picnic areas. 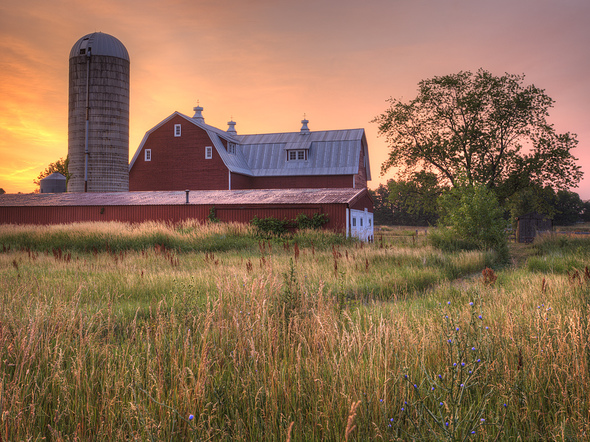 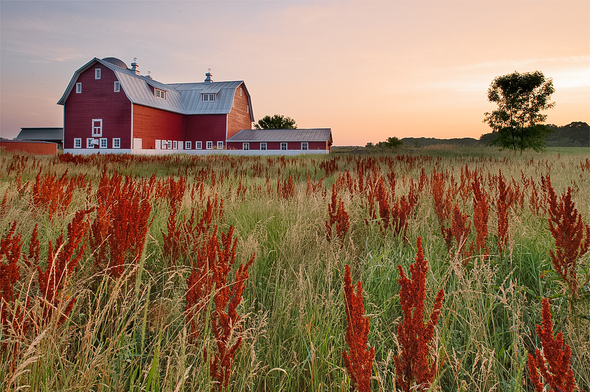