Peak Training Academy, the newest and most cutting-edge, training facility in downtown Muskegon launched six months ago in downtown Muskegon. PEAK offers high-level training for athletes of all ages while using a 360 approach to growing not only the athlete, but the person. Located in the renovated LC Walker Arena Annex PEAK has a world-class training space with turf, basketball court, weight room, batting cage, hockey treadmill, and much more.

PEAK is launching its cornerstone program, the PEAK Elite Program. PEAK Elite Members will be chosen through an interview and application process from local high schools. Terrence Williams, founder of PEAK said of the program, “I believe this is going to change not only the lives of the individuals that participate, but will change the city as a whole.” The program is designed for student-athletes grades 9-12 with aspirations of using athletics as a vehicle for higher education, life experience, and personal growth. “We are focused on much more than just the athletic ability of the members. This program will prepare them mentally, academically, financially, as well as athletically for the rigors of being a college student-athlete”, Williams continued. 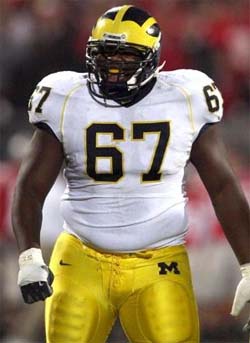 Heading up the program as Executive Director will be local Muskegon legend, Terrance Taylor. A 2005 graduate of Muskegon high school and 2009 graduate of the University of Michigan, Taylor is uniquely equipped to head up the program. Terrance was an All-American at UofM, played in the Rose Bowl, and was drafted in the 4th round by the Indianapolis Colts in the 2010 NFL Draft. After spending time in the NFL with the Colts, Lions, and Carolina Panthers, Terrance has also wreaked havoc on the AFL.

On the addition of Taylor as Executive Director Williams said, “We couldn’t be more fortunate. Terrance is the example of what we want this program to produce. He’s not only had an outstanding athletic career, received a degree from one of the best institutes of higher education in the country, played professional football, but Terrance has a great name and reputation wherever he has been. He is passing on some great opportunities to come home to lead this program, so I hope people recognize and appreciate that. He really cares about West Michigan, and that matters to me.”

The PEAK Elite Program will focus in on four major areas; Philanthropy, Education, Athleticism, and Knowledge (life skills). “My mission is to help student-athletes achieve their goals and vision, not just on the field, but in the classroom and in life,” says Taylor about his goal for the program. Taylor hopes to make the path for up and coming West Michigan student-athletes easier than it was for him. He is excited to motivate student athletes to be all they can be. He tells students, “There’s nothing wrong with being ambitious, but there is something wrong with not taking the path many are afraid to take because you doubt yourself or your vision.” He continued passionately, “It comes down to accountability, mental toughness, and the ability to tackle and manage obstacles in their path to achieve their goals and dreams. It’s about being the best individual you can be in your sport and in life.”

The program will launch with a small test group in mid-march with the official launch set for early June 2017. Williams is so confident in the program that he is offering a money-back guarantee on the program. “If a student comes through this program and completes all of the requirements, we guarantee he or she will earn more in scholarships than the cost of the program. If they don’t we will give them the difference in the form of a scholarship back to them!”