The Little River Band of Ottawa Indians (LRBOI) and Dirk Stone Real Estate held a groundbreaking ceremony today for their housing development project in Fruitport Township. The development is called Odeno, which means “a place of many hearts” or a “village” in the Tribe’s native Anisinaabe language. 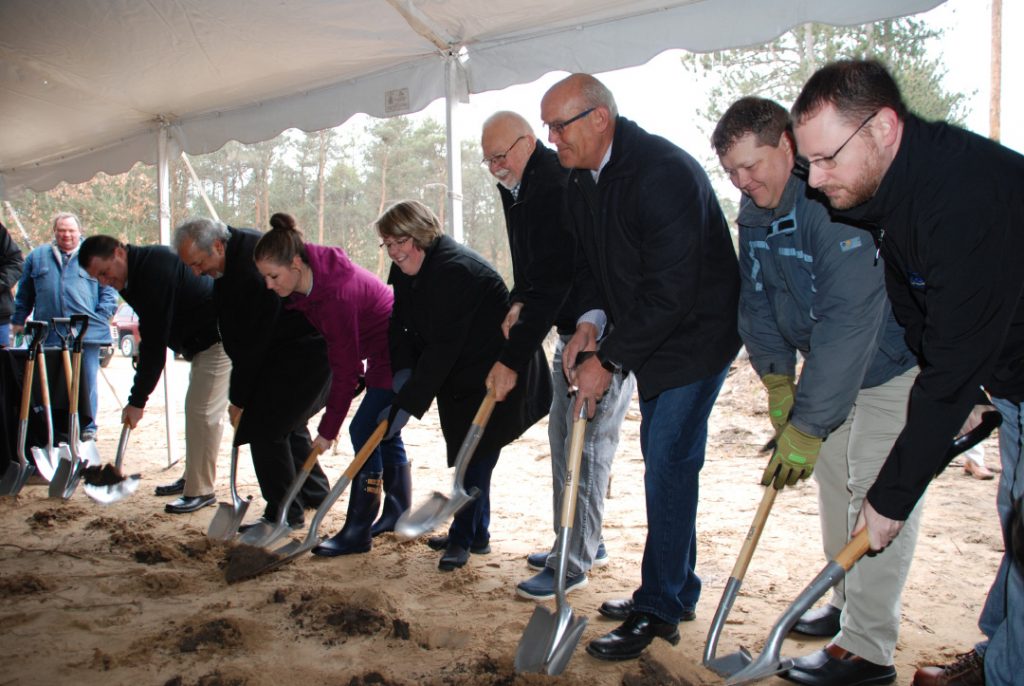 The event kicked off at 11 A.M. at the site of the future housing development, located just south of the corner of Mt. Garfield and South Sheridan in Fruitport Township. The Little River Band plans to develop the site in five phases, with the first phase including 115 new homes. 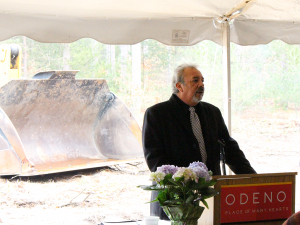 The housing development is open to the general public and will feature homes ranging from starter homes of $150,000 to larger homes with walkouts and other additional features to $300,000.

The groundbreaking featured several speakers as well as a drum ceremony. Among those speaking were Tribal Ogema Larry Romanelli and Fruitport Township Supervisor Heidi Tice.