Surveillance cameras and immediate 911 reporting are vital steps to dramatically reduce the epidemic of rapes of vulnerable women & children with disabilities
from EINPresswire.com

ALBANY, NEW YORK, UNITED STATES, January 23, 2018 — NPR has released a scathing investigative reporting series called “Abuse and Betrayed” exposing massive sexual assaults and rapes of people with disabilities. According to NPR, who obtained information from the U.S. Department of Justice, people with disabilities are sexually assaulted seven or more times the rate of anyone else. 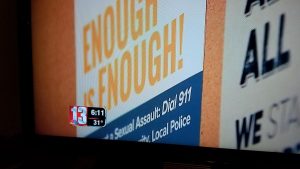 In the first NPR exposé, the story of a very dangerous New York State caregiver and pedophile that the Jonathan Carey Foundation has been speaking about for many months is again brought to light. In a nutshell, this man was sexually assaulting and filming at least one disabled boy that he was supposed to be taking care of in a New York State operated group home.