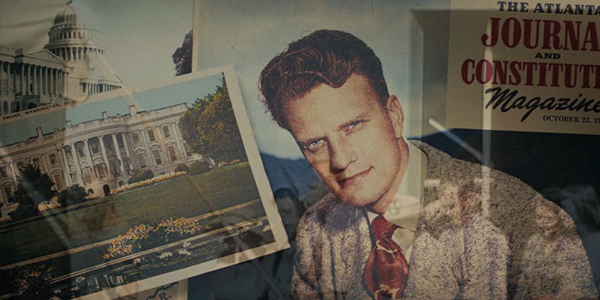 One year after Billy Graham’s passing, Billy Graham: An Extraordinary Journey is available on Netflix.

Recapping the life of the worldwide evangelist, this 72-minute video reveals how a man followed God’s call and took the Gospel the ends of the earth.

With an inside look at Billy Graham’s spiritual and personal life, the film features rare footage and interviews from presidents, celebrities, family and close friends. In addition, the video covers a variety of historical events that occurred throughout his 99 years, including the Civil Rights Movement and 9/11.

The documentary first aired in March 2018 after Mr. Graham’s death. It later became available on DVD, Amazon Prime where it has received a rating of 4.9 out of 5 stars, and other streaming services.

With the release on Netflix, more people can experience an incredible story that only God could have orchestrated. Find the film on Netflix in the United States, Canada, U.K., Ireland, Australia, New Zealand and South Africa.