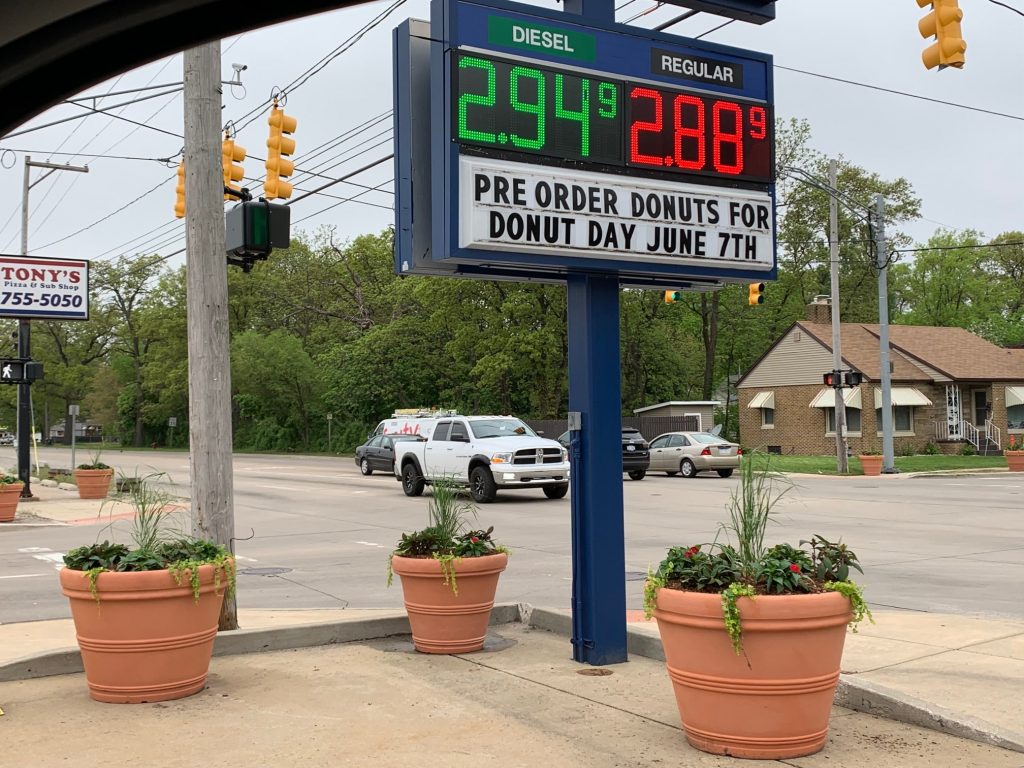 MUSKEGON, MI – The Watch Muskegon’s beautification campaign makes another investment in beautifying the Sherman Blvd. corridor.  The Watch Muskegon campaign in collaboration with the Muskegon Lakeshore Chamber of Commerce and the cities of Muskegon, Norton Shores and Roosevelt Park have worked to add over 50 large-scale floral planters at multiple locations along Sherman Blvd. The planters are located at the main crossroad intersections that include: Lincoln, McCracken, Glenside, Wickham, and in the front of the Sherman Bowling Center. Planters were designed, grown and will be maintained by a Muskegon owned business, Barry’s Flower Shop & Greenhouse.  This project was made possible through grants obtained by the Community Foundation for Muskegon County, Arconic Foundation, and donations by local partners including Nichols and the Mart Dock.

The Watch Muskegon campaign has completed many projects that have helped to beautify the Sherman Blvd. corridor. These projects include organizing community cleanups, creating a green space which includes a new bus shelter on the corner of Sherman Blvd. and Hoyt St., installing gateway banners along Sherman Blvd, and adding permanent trash receptacles in various locations. The Watch Muskegon campaign has also created lasting relationships with municipalities, local residents, and businesses along the Sherman corridor to implement positive changes in the community.

Many programs were developed out of the Watch Muskegon campaign. The Muskegon Star program educates participants on the many assets Muskegon County has and demonstrates ways to share the message that Muskegon County is a great place to live, work, play and learn. The Care-A-Lot program was born out of the Watch Muskegon campaign. The non-profit organization helps reduce blight by buying distressed properties, improving and maintaining the properties, and then returning them to community members at a minimal cost.

The Watch Muskegon Campaign is in its fifth year of the six year campaign. For more information, visit watchmuskegon.com.