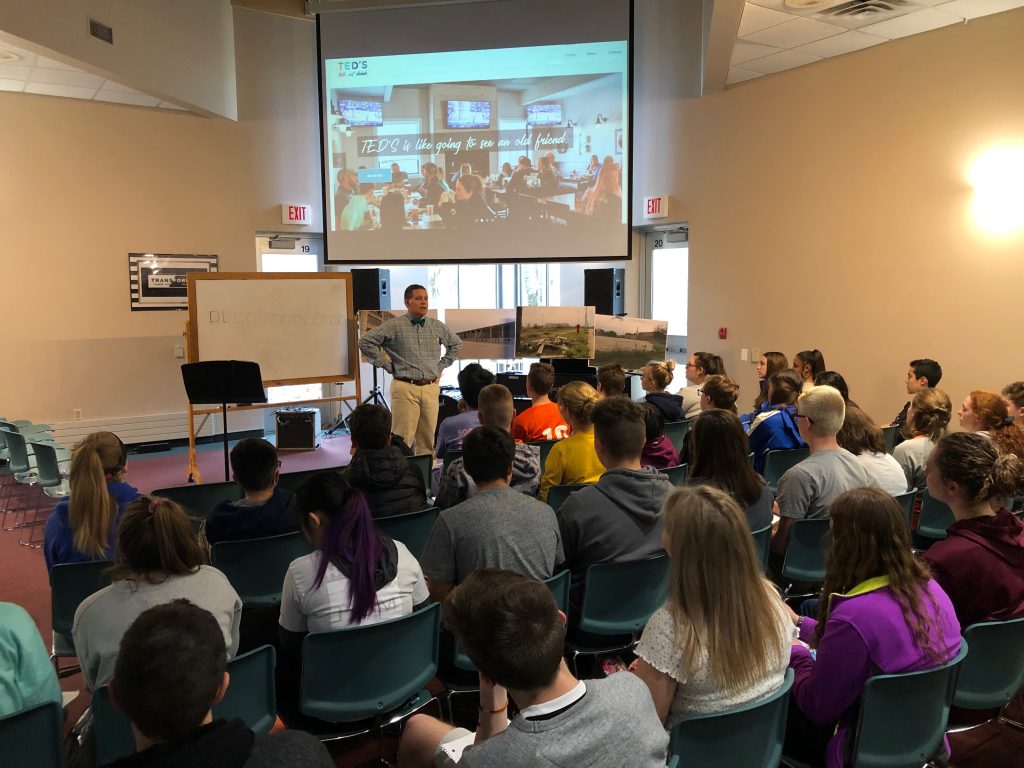 Local businessman Ted Fricano, owner of Fricano Place and Fricano’s pizza in Muskegon as well as the brand new “Ted’s”  restaurant in Spring Lake, was a highly anticipated guest speaker at Calvary Christian Schools in Fruitport.  Ted gave an impassioned speech about Civics, Entrepreneurship, and strategies for being successful after high school.  His main themes for success included “Hard Work, Dedication, and Prayer” as well as “Actions, Attitude, and Atmosphere”.  He gave important tips on how to apply for a job and good habits for the students to have in life, including starting everything with prayer.  These themes were given with real world motivational and inspirational examples, and the students of Calvary were active listeners and very enthusiastic about Fricano’s message.  Calvary Senior Emily Wesner said “I truly feel inspired, motivated, and enlightened by Mr. Fricano”, while senior Kristina Warren said “Mr. Fricano is a great example of perseverance and dedication”, and senior Nick Cadena said “It’s my dream to open my own restaurant someday”.  Calvary Christian Schools would like to extend a big thank you to Ted Fricano for his willingness to take the time and effort to share with our students!