MUSKEGON – The Muskegon Civic Theatre board of directors has hired Teri Gust as its new managing director.

Gust replaces Ginny Sprague, who retired after more than 10 years working for Muskegon Civic Theatre, including the last eight as managing director. Gust began her new position in June. She is responsible for daily operations of Muskegon Civic Theatre, including season ticket sales, sponsorships, fundraising, marketing, and working with Artistic Director Kirk Wahamaki. 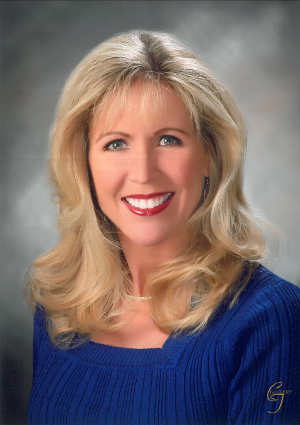 “It’s an honor and a pleasure to be a part of Muskegon Civic Theatre,” Gust said. “The theatre is something I’ve always loved, and now I get to be around it every day. My job is to see to it that MCT can continue doing what we do, through fundraising and awareness, community, education and entertainment.”

Gust has been involved in Muskegon Civic Theatre for many years, participating in stage productions since 2008. For the past 11 years, she has been part of First Lutheran Players, for First Lutheran Church. She has been an actress, director, producer, set and lighting designer for their productions. Gust also was vice president and secretary for Camcar Plastics, Inc., in Muskegon.

“We are excited to have Teri join the Civic Theatre team as Managing Director,” said board Chair Will Meier. “Her experience as an actor and producer for community theater and in the business world makes her a great fit for MCT. “