The acquisition of this 80-acre parcel by Ottawa County Parks is part of a property exchange spearheaded by Spring Lake Township. 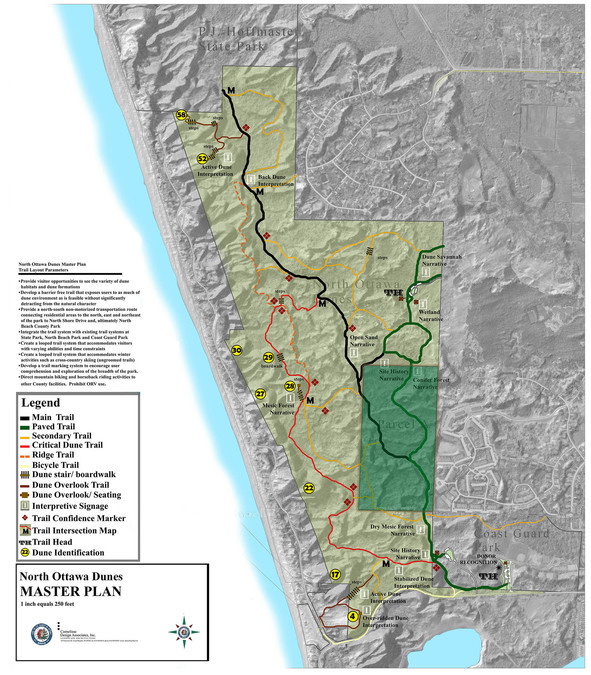 The privately-owned parcel, locally known as the “Brill Property,” is located on the eastern edge of the park and surrounded on three sides by park property. Because of the parcel’s geography and natural features, it has been considered a key segment for the park by both Ottawa County Parks and Spring Lake Township for a decade.

The property exchange is expected to be finalized in 30 days.

North Ottawa Dunes is part of a unique freshwater dune system that extends along the Lake Michigan shoreline from Indiana Dunes National Lakeshore in the southern end of Lake Michigan to Wilderness State Park just south of the Mackinaw Bridge. Immediately south of P.J. Hoffmaster State Park, the park is one of the largest wooded dune assemblages remaining in central West Michigan. These dunes are the biggest and most extensive freshwater dunes anywhere in the world. They formed over the last 5,000 years as westerly winds moved the large amounts of sand on shore where beach grasses stabilized the sand and began the dune building process.
The additional 80-acre parcel will increase the total acreage of North Ottawa Dunes to 593 acres. The property is primarily backdune forest dominated by sugar maple, American beech, Eastern hemlock and red oak. Over thousands of years, these dunes have changed from bare sand to this lush forest through a process called succession. Today, this property features tremendous topography with a number of dunes exceeding 175 feet in height with some formations reaching over 750 feet in height. Land to establish North Ottawa Dunes was acquired in late 2005 and trails and parking were completed in 2009.