Candidate for Muskegon Community College (MCC) Board of Trustees 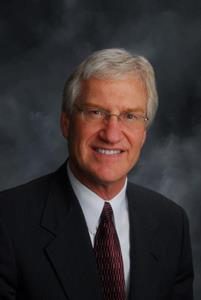 I’m running for re-election to the Muskegon Community College (MCC) Board of Trustees.  I was born and raised in Muskegon County, attended West. MI Christian High School, MCC (’71-’73), Univ. of Michigan, and then Valparaiso University School of Law.  I’ve been practicing law in Muskegon since 1981 and have raised my family in the County.

When I returned to Muskegon after law school, I wanted to “give back” and I could think of no better way than to get involved in the school I loved—MCC.  I became involved in the MCC Alumni Association, the MCC Foundation, the ’95 Presidential Search Committee, and then I became elected as a Trustee in ’98.  I’ve since been re-elected twice and respectfully ask that you help me get re-elected again.

As it did with me, MCC changes lives—economically, socially, and emotionally.  I am committed to making sure MCC continues to offer cutting edge, quality college courses at affordable prices.  I think our Board has been doing that.  Indeed, Value Colleges recently ranked MCC 27th out of the nation’s 1711 community colleges.  I will do my best to make sure this value continues.