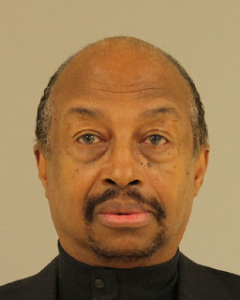 Grand Rapids abortionist Thomas Gordon’s criminal record has finally caught up with him. Effective April 26 the Michigan Department of Licensing and Regulatory Affairs (LARA) will fine Gordon $10,000 and suspend his medical license pending successful completion of a rehabilitation program.

Right to Life of Michigan Barbara Listing said, “It’s about time. For decades Thomas Gordon has plied his deadly trade in downtown Grand Rapids, taking thousands and thousands of lives. It’s good when the abortion industry is finally held accountable.”

The complaint from LARA stems from Gordon’s failure to inform health regulators of his many criminal convictions.

Gordon has an arrest record in Michigan dating back to 1991, when he was convicted of aggravated assault. After an incident in November of 2011, Gordon was originally charged with felony assault with a dangerous weapon. He later pleaded guilty to misdemeanor domestic violence and possessing a weapon while under the influence. In 2015 Gordon was convicted of disorderly conduct for fighting/jostling and operating under the influence. In 2010 Gordon’s wife filed a personal protection order against him, alleging he beat her several times and put a gun to her head while she was sleeping.

Listing said, “Gordon was either never fit to practice medicine in the first place, or he should recognize that the heavy personal toll from taking thousands of lives in the womb has led him to commit violence against women outside of the womb as well.”

LARA has ordered Gordon to complete the Health Professional Recovery Program within six months, or face having to reapply for reinstatement of his medical license. If he can pay his fine and complete rehabilitation to have his license restored, Gordon faces two years of probation.

It’s unclear if Gordon will find a replacement abortionist to keep his business running. Abortionists traveling to other clinics or working a circuit of clinics is a common practice in the abortion industry. Local prolife sidewalk counselors, however, are unaware of Gordon ever using substitute abortionists in the past.

As of today the National Abortion Federation’s website refers women to Gordon’s business. The National Abortion Federation received criticism in the past for failing to take action against Kermit Gosnell’s charnel house abortion clinic in Philadelphia. Gosnell was convicted of three counts of first-degree murder in 2013, among numerous other crimes.

Listing said, “Gordon is not the exception in the abortion industry, but rather the rule. How could any woman ever feel safe in his operating room knowing he has put a gun to a woman’s head and has three convictions for violent crimes? How many women have been informed of his record in the past?”