Link went into the kayak sculpture project , which launched this summer, knowing she wanted her art to benefit a local non-profit. For Link, that non-profit was Lakeshore Human Trafficking Task Force, a local organization working to support survivors of trafficking. This is an organization that is close to Link’s heart. 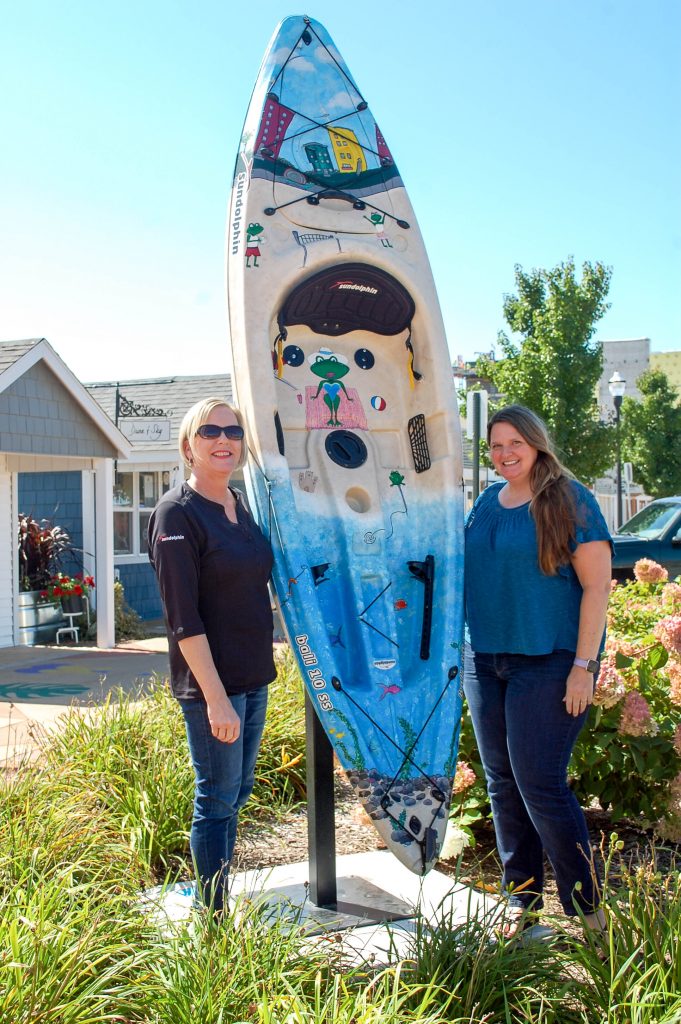 “I chose Lakeshore Human Trafficking Task Force because it is an organization that can do a lot of good and this community needs it,” says Link. “Most people think human trafficking refers to just sex trafficking but there are many other forms like labor trafficking for example. My goal is to create more awareness in the community.”

Link, who is a graphic designer and owner of Max Graphics, worked on her kayak sculpture for well over 80 hours.

The organization knew they wanted to purchase one of the kayak sculptures going into the project. After an office poll, they chose Link’s kayak to purchase which is now displayed in their office on Terrace Point in Downtown Muskegon. The kayak sculpture project was one way the community is celebrating Hemisphere Design Works decision to locate their corporate headquarters in Muskegon.

The nine kayak sculptures were displayed at various locations along W. Western Avenue and Clay Street as part of Lakeshore Art Festival. Link’s kayak sculpture was located at 1st and Western by the Western Market Chalets.

“We are thankful that this kayak sculpture project brought art to our downtown as well as provided a significant benefit to a local non-profit,” says Carla Flanders, Executive Director of the Lakeshore Art Festival.

If you are interested in learning more about the Lakeshore Human Trafficking Task Force, visit www.lhttf.org.